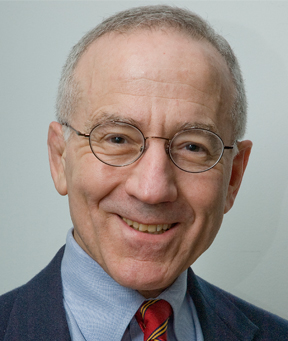 Edward M. Greitzer received his A. B., S. M. and Ph.D. from Harvard University. Prior to his joining MIT in 1977, he was with United Technologies Corporation, and, more recently, he was on leave at United Technologies Research Center as Director, Aeromechanical, Chemical, and Fluid Systems. From 1984-1996 he was the Director of MIT’s Gas Turbine Laboratory; and from 1996-2002 Associate Head, and 2006-2008 Deputy Head, of the Department of Aeronautics and Astronautics. His research interests have spanned a range of topics in gas turbines, internal flow, turbomachinery, active control of fluid systems, university-industry collaboration, and robust gas turbine engine design; he was the MIT lead for the Cambridge-MIT Institute Silent Aircraft Initiative. He teaches graduate and undergraduate courses in the fields of propulsion, fluid mechanics, thermodynamics and energy conversion, as well as the department’s undergraduate project course.

Dr. Greitzer is a three-time recipient of the American Society of Mechanical Engineers Gas Turbine Award for outstanding gas turbine paper of the year, the ASME Freeman Scholar Award in Fluids Engineering, the International Gas Turbine Institute Scholar Award, and publication awards from American Institute of Aeronautics and Astronautics and the Institution of Mechanical Engineers. He has received the Aircraft Engine Technology Award from the ASME International Gas Turbine Institute, the U. S. Air Force Exceptional Civilian Service Award, and the ASME R. Tom Sawyer Award. He has been a member of the U.S. Air Force Scientific Advisory Board, and the NASA Aeronautics Advisory Committee and is an Honorary Professor at Beihang University (Beijing). Dr. Greitzer has published over 70 papers and is lead author of the book Internal Flow: Concepts and Applications, published by Cambridge University Press. He is a Fellow of AIAA and ASME, a member of the National Academy of Engineering, and an International Fellow of the Royal Academy of Engineering.