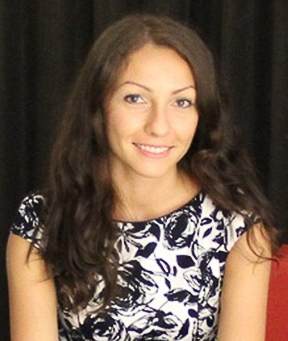 Elica Kyoseva earned her bachelor’s, master’s and doctorate degrees from Sofia University in Bulgaria. When she was doing her studies, she had the opportunity to gain invaluable research experience being a Marie-Curie Fellow based at the Technische Universitaet Kaiserslautern in Germany and later on, at the University of Leeds in the UK.

After completing her PhD, Elica joined the Centre for Quantum Technolgoies at National University of Singapore as a Research Fellow where she spent three years as a member of the Interdisciplinary Theory Group. Elica’s research is in the field of quantum optics with application to quantum information technologies. Elica has worked on the implementation of complex interaction Hamiltonians suitable for quantum simulations in scalable cavity-based qubit networks and in hollow core optical fibers.

An available position for a PostDoc to join in the starting project on the theory of error compensation in quantum systems by external pulses. The position will be available in March 2015. The main goals include the design and implementation of composite pulse sequences which are a valuable tool for high-fidelity qubit operations in the presence of relatively strong noise. A fraction of time will also be available to carry out self-motivated and collaborative research in the environment of the Center for Quantum Technologies in Singapore.
Required
A Ph.D. in quantum optics or quantum information; demonstrated initiative; and experience working in laser-matter interactions.
elica_kyoseva2018-07-18T09:35:33+00:00
We use cookies to ensure that you get the best experience while browsing our website. By continuing, you are agreeing to our Cookie Policy. To decline cookies, modify your browser settings at any time.Ok, I got it.X