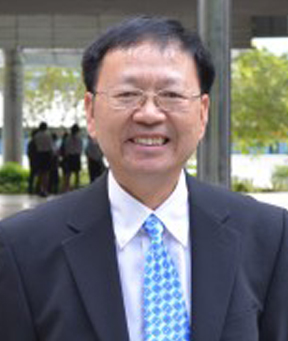 After graduate education, postdoc training and working in Canada and Australia, Ping Wu moved to Singapore in 1995 and established a Computational Materials Science Department in NSTB (the former A*star); serving continuously as its director till accepting a faculty position with tenure in SUTD. He has a few adjunct academic appointments; associated editor of the international journal Calphad, associate Professor in Nanyang Technological University (2005-2011), associate Professor in National University of Singapore (2000-2003), and Faculty Fellow in the Singapore-MIT Alliance (SMA, 2002-2004).

Ping Wu supervised over 10 PhD theses and more than 20 postdoc researchers in Singapore, published over 250 papers in peer-review international journals and holds a number of US/Singapore patents on new engineering product development. He has been awarded numerous external research grants from various sources including hospitals, public research funding agencies and industry like Rolls Royce in the United Kingdom, Dupont, Hewlett Packard and Battelle in the United States; Saint Gobine Research in France; Noranda and Cominco in Canada; Mont Isa and WMC in Australia; and Hewlett Packard, Delphi, Siemens, GE Aviation in Singapore. He is a recipient of the MOE Tier 2, NRF, Temasek Lab, Smart, MOE Tier 1, Singapore-Japan, Singapore-China, and a four-time recipient of the Singapore-Canada joint research grants. Among the awards is the over three million Singapore dollar grant (2007-2010) on the development of CMOS-Compatible ZnO UV/Blue LEDs.

In the area of commercialisation of intellectual output, a thermo-chemistry expert database created by Ping Wu and his former colleagues has been licensed to all major universities and many industrial companies in North America, Europe and Australia. The tool is packaged within a Canadian software system: Facility for the Analysis of Chemical Thermodynamics (FACT). For industrial management in Singapore, he was a founding Board Director (independent) for China Guangdong Nuclear Power Group (Solar Cells, Singapore) in 2010.

Ping Wu is interested in the development of both theory and applications for materials chemistry, with a goal to design and fabricate new chemicals, structures and products through a combined approach of computation and experiment. The focus is on the establishment of fundamental understanding of the electrochemical behaviours at the metal-semiconductor interface, as well as the thermodynamic and chemical kinetics principles governing the rectifying interface properties. Fabrication of nanostructures using affordable techniques is explored for applications in sustainable energy and environment.

A few selected design examples are listed below: