The objective of this talk is to inspire early-career engineers to be daring and think big. I will introduce McLaren as well as the challenges of moving from a finance company to an engineering and technology company. I will explain what it is like to work closely with an F1 racing team. And I will show how we are taking technologies directly from our F1 business and reimagining them in our latest generation of supercars.

This will be a general talk that is accessible to all.

Since joining the company he has been a key part of driving its growth by working across the business (including Product Development, Manufacturing and Sales and Marketing) to deliver the ambitious growth plans. While with the company, Paul has been part of the senior team that has seen revenues increase from zero to £650M in 2017 and delivered four successive years of profitability since the company was launched.

Just before becoming Chief Financial Officer, Paul’s role was to lead business strategy and he was the key author of the Track 22 business plan, the business plan that looks to the next six years of growth. Prior to joining McLaren Automotive, Paul had several roles within the accounting and advisory practice at KPMG. In these roles, he worked with a number of clients across a variety of industries. Paul also holds a Masters Degree in Physics from the University of Bath and spent time at CERN in Geneva working on the Large Hadron Collider.

McLaren Group
McLaren Group is a world leader in luxury automotive, motorsport and technology. Automotive is the largest part of the Group and is set to hand-assemble around 4,800 cars this year with over 90 per cent exported to over 30 global markets. 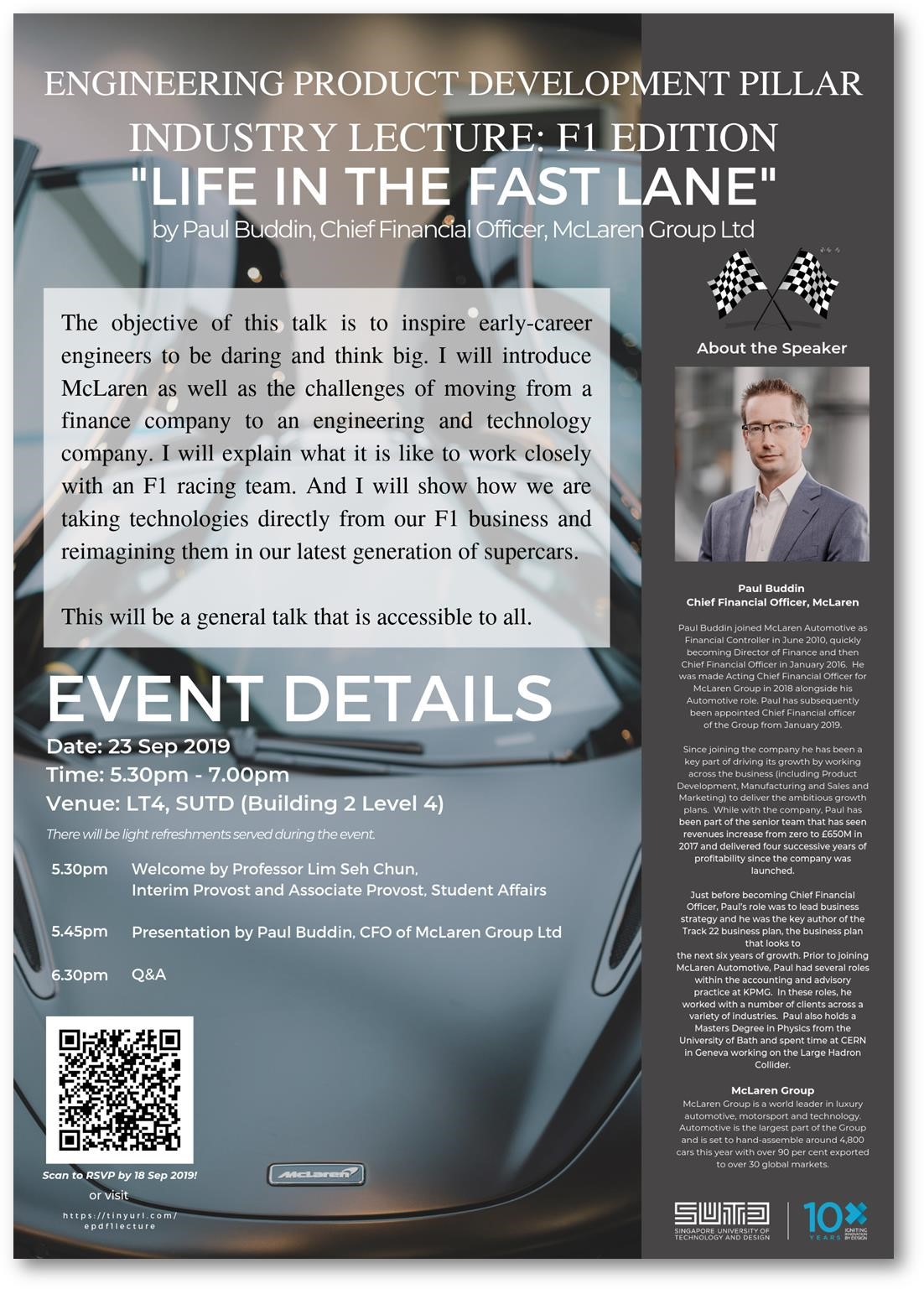