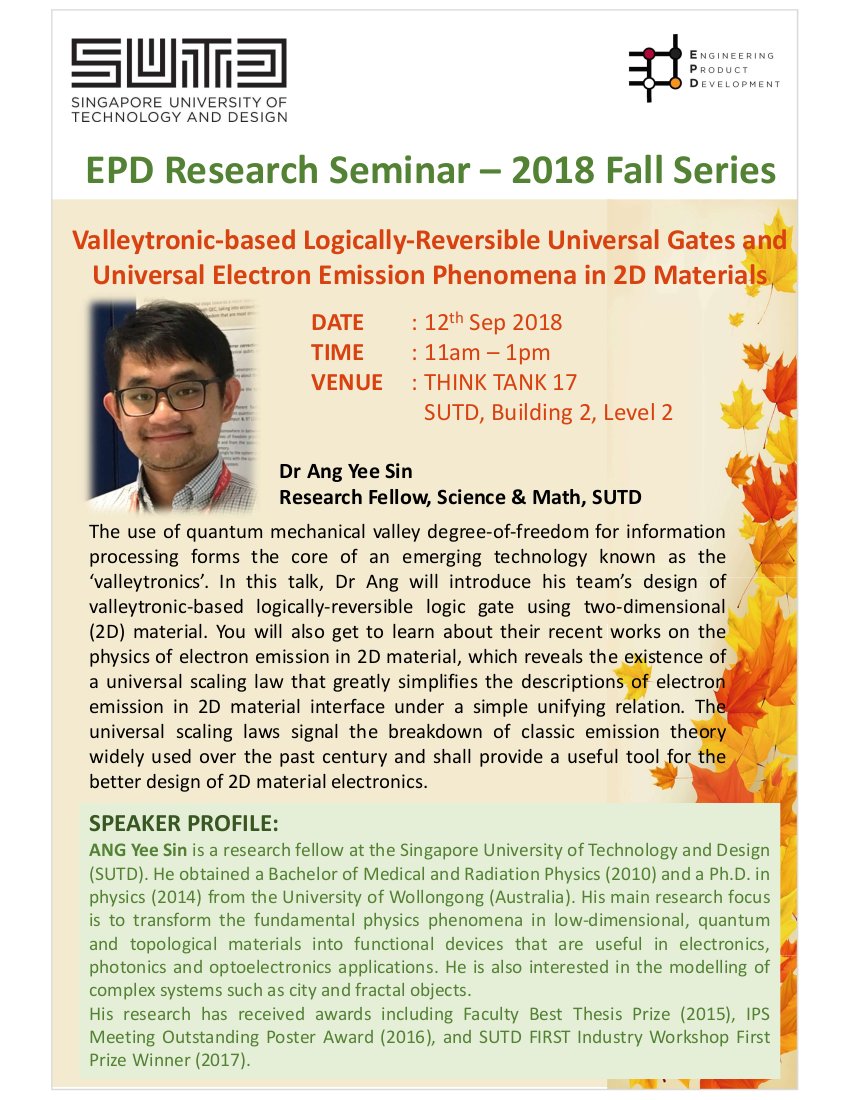 The use of quantum mechanical valley degree-of-freedom for information processing forms the core of an emerging technology known as the ‘valleytronics’. In this talk, Dr Ang will introduce his team’s design of valleytronic-based logically-reversible logic gate using two-dimensional (2D) material. You will also get to learn about their recent works on the physics of electron emission in 2D material, which reveals the existence of a universal scaling law that greatly simplifies the descriptions of electron emission in 2D material interface under a simple unifying relation. The universal scaling laws signal the breakdown of classic emission theory widely used over the past century and shall provide a useful tool for the better design of 2D material electronics.

ANG Yee Sin is a research fellow at the Singapore University of Technology and Design (SUTD). He obtained a Bachelor of Medical and Radiation Physics (2010) and a Ph.D. in physics (2014) from the University of Wollongong (Australia). His main research focus is to transform the fundamental physics phenomena in low-dimensional, quantum and topological materials into functional devices that are useful in electronics, photonics and optoelectronics applications. He is also interested in the modelling of complex systems such as city and fractal objects. 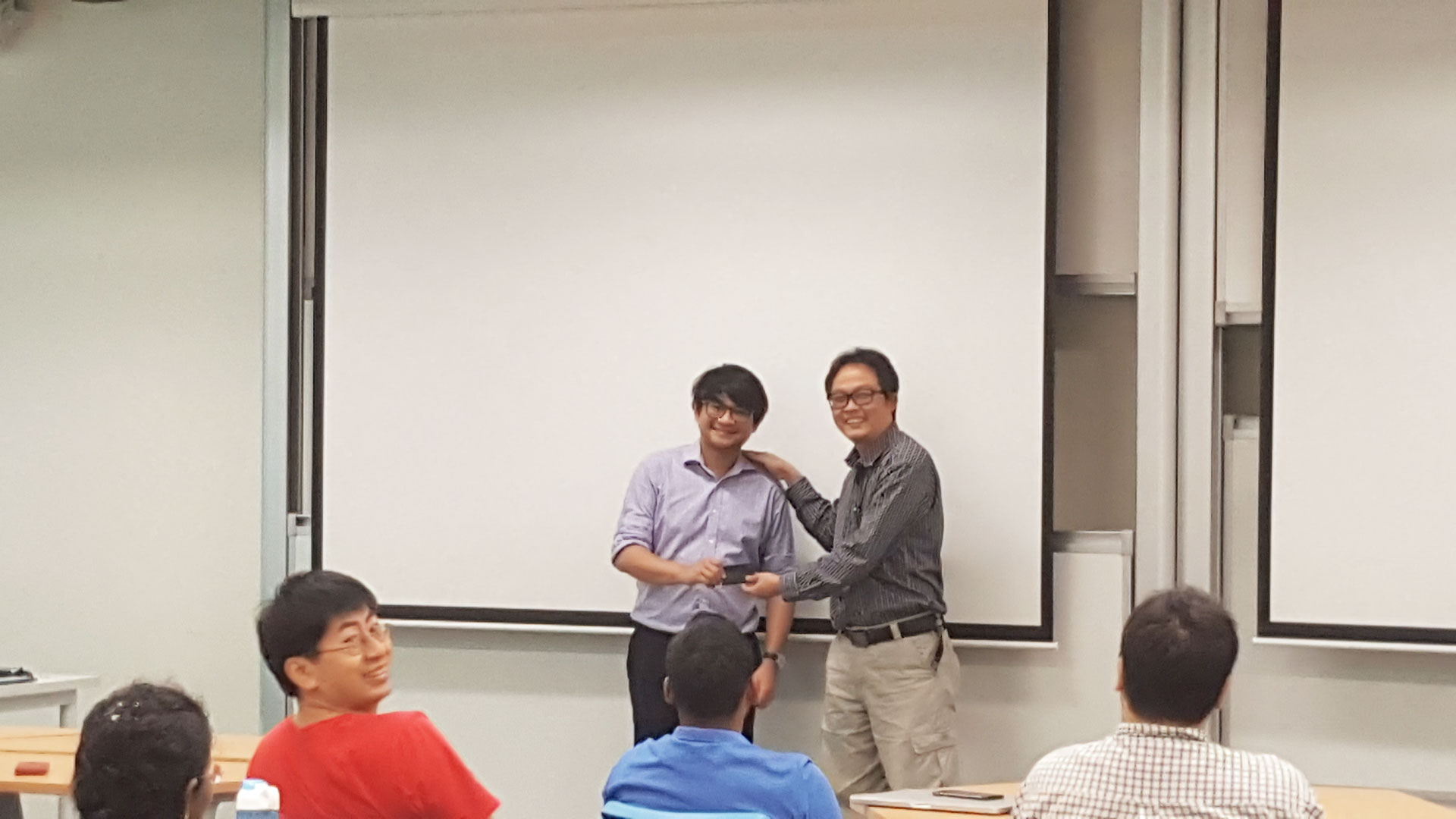