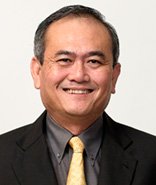 Mr. Thiam Chong Yong has been Deputy President of International Business at ST Electronics (Info-Software Systems) Pte. Ltd., since January 1, 2011. Mr. Yong has been Deputy President of International Business at Singapore Technologies Electronics Limited at Singapore Technologies Engineering Ltd. since January 1, 2011. He served as the President of Large-Scale Systems Group of Singapore Technologies Electronics Limited from 2002 to January 1, 2011. At LSG, from December 2001 to December 2010, he led the 700 staff, serving the needs of the electronic systems market, specialising in productdesign and development. LSG provides turnkey rail electronics, transportation, intelligent building and Defense systems and solutions. Mr. Yong served his national service as a naval officer in the Republic of Singapore Navy from 1976 to 1979. He was among the pioneer batch of Defense engineers and was appointed as the Program Manager for the avionics upgrade of the A4 and F5 aircraft. In addition, he also managed several other key projects for MINDEF. In 1985, he set up and managed the Resident Project Office (RPO) in USA. Subsequently from 1986 to 1988, he set up and managed the Resident Office in Scotland, UK. Upon his return to Singapore in late 1988, he continued his service in MINDEF having responsibility for several divisions within the organisation. He left MINDEF in September 1993 and set up iTS Technologies. In 1999, Mr. Yong managed the merger of iTS with another company to form ST Electronics (Training & Simulation Systems) Pte Ltd (formerly known as ST Training & Simulation Pte Ltd). Mr. Yong served as the President of ST Electronics (Training & Simulation Systems). He served as Director of Intelect Technologies, Inc., He serves as a Director of iTS Technologies, ST Electronics (Digital Media) ST Education & Training, ST Electronics (Taiwan), ST Electronics-PCI, Transys, Ripple Systems and Knowledge Alive. He was a Defense engineer in the Ministry of Defense (MINDEF) until 1993. He hails from Raffles Institution. Mr. Yong graduated from the National University of Singapore with an Honours Degree in Electrical/Electronic Engineering in 1983.