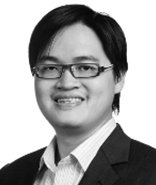 Shisheng Huang started his undergraduate studies in Chemical Engineering thinking about bioprocesses and pharmaceuticals. Eventually though, he became fascinated by the complexities inherent in large scale engineering systems and flew off to the United States to start his PhD in Chemical Engineering at Purdue University working in Process Systems Engineering. After four painful years of suffering from Singapore food withdrawal symptoms, he finally obtained his doctorate in 2011. He is now happily back in Singapore with SUTD.

Shisheng has broad interests in the study of energy systems. His work emphasizes the usage of appropriate modelling frameworks for the appropriate systems through a multi-paradigm modeling framework. His interests include the electrification of the transportation system, renewable energy integration studies and smart grid research. These studies have broad applications in urban areas throughout the world. Through centres such as the SUTD-MIT International Design Centre and the Lee Kuan Yew Centre for Innovation Cities, Shisheng hopes to make an impact in these crucial areas, and contribute positively to society in general.

Transportation systems, especially public transportation networks are the crucial backbone of any city. These systems are responsible for millions of trips per day, and as recent events have demonstrated, when these systems fail, huge numbers of commuters are affected. The goal of this project is to provide SMRT with a real-time automated and versatile simulation tool for crowd management. At the core of this proposed simulation tool will be an agent-based model capable of mimicking the emergent behaviors or real-life crowds occurring in the confined areas of train stations in both normal and emergency situations. Such a simulation tool will provide SMRT with a unique means of testing, at minimal cost and without any disruption to its service, potential improvements to its operations in relation with its crowd management capability. We envision that, with sufficient validation, such a simulation tool will provide SMRT with the ability to support policy decision making.